written play and music for a Civil War Era operetta and saw it in a production far beyond our wildest dreams. After marrying the man-of-my-dreams God gifted me with in 1973, I went on to write a novel several  years later -  long before the days of digital communication and word processing.

During the 1980's I underwent some major physical and emotional  struggles, and my writing  got shelved for over a decade.

In the early 1990's, I wrote a short story and entered it in a contest put on by a local literary group. I won, but in 1996 life took another physical twist, and I was out of commission for another ten years, sitting in God's Waiting Room while learning to be still and know Him.

It was in late 2007, I was emailing back and forth with my author-friend, Gail Gaymer Martin, and she told me she thought it  time for me to hit the keyboard again. God used her to nudge me back into the work of using the gift He'd given me.

At her urging I joined ACFW,  and I rewrote my 70's novel,  readying it to pitch as a Historical Romance. I prepared that novel for the Sept 2011 ACFW conference, but God whispered something to my heart in Aug 2011 through a TV news program.  He told me I was to write Contemporary Women's Fiction.

I well remember the struggle I had with that concept. I'd just put the polish on my Historical Romance, after all. I argued with Him (He patiently waited) about changing my dream for His directive - from the night in late Aug 2011 when He made it so obvious to me -  to the rejection of my Historical Romance in Sept. -  to mid-Oct 2011 when I finally surrendered my will.

Once I'd accepted His plan as mine, the results were astounding. I've since gone on to write FOUR Contemporary Christian Women's Fiction novels of 100 thousand plus words each, have opened a freelance critiquing/editing service for other writers, and was appointed to an online ministry within ACFW.  A job I love that has grown into mentoring relationships over the last five years.

In Feb 2014, I signed a contract for representation by Jim Hart of the Hartline Literary Agency. He has become very special to me as a guide and friend in this journey toward publication.

At the ACFW Conference in Sept of 2015 I won the ACFW 2015 MENTOR OF THE YEAR AWARD....a most humbling experience. This call to write, edit, and mentor is one of the most challenging, and rewarding opportunities God has asked of me.

On November 14, 2019, my first Contemporary Christian Women's Fiction novel, MEANT FOR HER, released on Amazon.com. August 27, 2020  Sown In Peace released on Amazon.com. What a journey this writer has taken with Him thus far. My blog has expanded, especially this last year, and a newsletter is in process. I give Him the honor and glory for each step He's given me.

"Weeping may endure for the evening, but joy cometh in the morning." 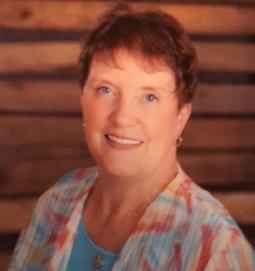 It was an eighth grade English teacher who first told me I had a talent in writing. She urged me to take as many writing courses as possible while in school and encouraged me to write...often.  I listened....I obeyed.      It was two years later - the early 1970's - when I actually became a writer. I was asked to co-write a musical play. A high school sophomore at the time, I had no idea it was all that big an undertaking. Two seniors, another sophomore student, and I worked through the summer and fall - presented the work to the school choir teacher,  and by the next spring we'd